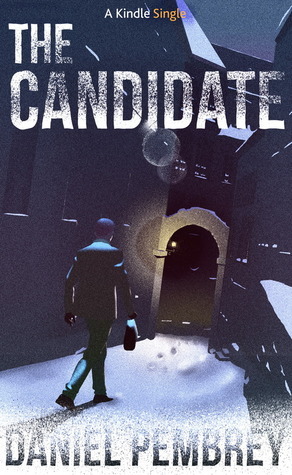 Nick Thorneycroft is a British headhunter working in Luxembourg. His company asks him to recruit a high-flying executive for the company’s Russian business. The best candidate turns out to be smart, beautiful… and mysterious. Soon the effects of Russia’s political upheaval, and the arrival of an ex-girlfriend who won’t leave him alone, make Nick’s Luxembourg life increasingly perilous; worlds collide in this gripping, atmospheric tale.

‘The Candidate’ is an enthralling political thriller set in Luxembourg. Nick is a recruitment head hunter although in a previous life he enjoyed a successful career as a sports journalist.

Nick can’t remember what he did the previous night and his only clue is a piece of sexy underwear. An unexplained receipt, a distraught landlady and a missing dog all increase the suspense.

Nick needs his journalistic skills to unravel the mystery as these clues throw up new questions and worrying possibilities for Nick.

Tasked with head hunting an executive to manage key Russian and East European business Nick finds himself attracted to the high flyer and wonders if she is the key to his mystery.

The reappearance of his ex girlfriend coupled with work conflicts against a background of political unrest deepens the mystery.

Violence and political intrigue are intrinsic components of this story and the cleverly layered plot leaves subtle clues which all contribute to the satisfying ending.

Nick is a good character but I particularly liked the interesting support cast who make this is a worthwhile read.

I received a copy of this book from the author  via NetGalley in exchange for an honest review.

Check out my other reviews of Daniel’s books The Woman Who Stopped Traffic  and his latest release The Harbour Master.