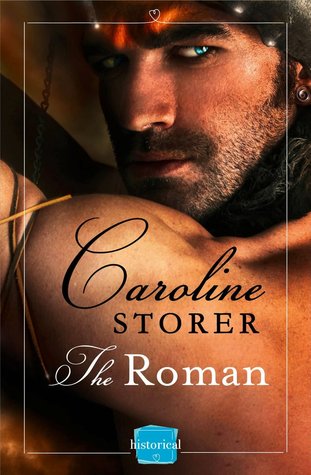 I love reading historical romance this debut novel caught my eye because its set  in a much earlier time period than I usually read. Here’s what to expect:

And now, the Roman will have his revenge…

Marsallas and Justina were young, beautiful and desperately in love once, until a tragic betrayal tore them apart.

Six years have passed since that day, and Marsallas has since thrown himself into the deadly world of chariot racing, gaining fortune, fame, and a salacious reputation throughout Rome. His bed is kept warm by a different woman each night, but his heart remains iced over as the memory of Justina’s betrayal continues to haunt him.

The last thing he expects is to see her again, but when she steps back into his life, he sees a chance to avenge his broken heart.

But beneath the hurt, an attraction so intense still burns between the two, and as their fates begin to intertwine once more, their determination to resist one another starts to falter…

‘The Roman’ is a powerful love story about betrayal and second chances. Written using modern language with well placed historical references it gives the reader a taste of Ancient Rome without slowing the pace of the story.

Marsallas and Justina are characters typical of the time period made memorable because they break away from their expected life paths to find fulfilment. Justina’s artistic talent saves her from madness tied to a cruel man who views her as a possession rather than a companion. Marsallas runs from his safe but barren life and becomes a Chariot Rider the Roman equivalent of a celebrity footballer in the 21st century.

Marsallas is a tortured sexy man who has no use for human emotion. Justina still values love and family despite the degradation and abuse she has suffered in her young life. Fate throws the tragic young lovers together again but is revenge the only emotion binding them?

The interplay between Marsallas and Justina is engaging and full of sexual tension reaching a delightfully steamy peak. Full of angst this story makes you walk an emotional tightrope right until the last page. Thankfully it is worth the effort.

The Roman by Caroline Storer