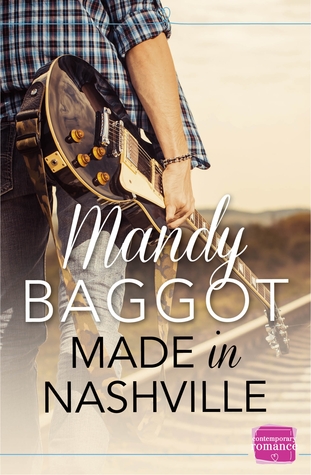 Want to meet Nick the oh so sexy British secret agent of ‘Hard to Hold’ fame?

Hop over to Milady’s book club.

Well worth a read 🙂

Read my 5* Review of Hard to Hold

This new novel from Nikki Moore was my Friday Read. Here’s what it’s about :

Uber-feisty career girl Charley Caswell-Wright travels to Barcelona for a weekend assignment as PA to the gorgeous Alex Demetrio, CEO of Demetrio International.

But she’s there under entirely false pretenses: to get her life back on track. Having lost the job she worked so hard to earn, she’s determined not to give it up so easily, especially when she didn’t deserve to lose it in the first place.

Mr Dreamy CEO is her only chance of clawing back her career – and her reputation. So she has to keep things strictly professional… boy, is she in trouble!

Charley takes a job as a temporary PA and accompanies Alex Demetrio; billionaire and CEO of Demetrio International on a business trip to Barcelona. The perfect setting for little workplace dalliance perhaps but all is not what it seems.

Charley has an agenda of her own after a workplace scandal left her reputation, finances and life in tatters. Alex on first acquaintance is the stereotypical sexy, arrogant alpha male unhappy that Charley is a woman when he only employs male assistants. Charley’s instant attraction to her temporary boss makes her want to know more despite the risk to her plan. The man behind the facade is complex, frustrated, secretive and vulnerable.

Written in the 1st person from Charley’s point of view it’s easy to connect with the misjudged heroine although her introspection is a little overpowering towards the end. Alex’s motivations are harder to fathom and add to the plot’s numerous twists and turns. I did guess his deepest secret well before he revealed it creating dramatic irony.

The structuring of the plot over the four-day trip made for easy reading. The ending was too drawn out for me but it was a good one.

Today is release day for debut author Incy Black. I  have already read and reviewed ‘Hard to Hold’ which is a great read  as you will see from my review below. Here’s an introduction to the story:

‘Anna Key Marshall is about to get what she’s always wanted: a baby. Granted, it’s through a sperm donor instead of her ex-husband, but you can’t have everything. She has no idea why someone wants her dead, but she’ll do whatever it takes to protect her unborn child—even if it means turning to her ex, the Black Ops specialist who broke her heart.

Five years ago, British Intelligence agent Nick Marshall slammed the door on the woman who betrayed him. But now Anna’s back in his life with a vengeance, pregnant and full of attitude. He’d like nothing better than to walk away, but with her life on the line, he has no choice but to do what he does best—protect her at all costs.

As old wounds resurface, Nick begins to doubt his version of what went down with Anna so long ago. And he begins to believe they might have a second chance together. But with Anna’s would-be killer on the loose—it will take the full force and fury of his protective instincts, fueled by a powerful love he can’t leave behind, to hold on to the woman he still loves.

Read Excerpt of Hard to Hold

‘Hard to Hold’ is a gritty, fast paced story. It will keep you on the edge of your seat, reading long into the night. This dark tale is full of missed chances, wrong choices and lives blighted by traumatic pasts. The question is can they save their future?

Action and suspense colour every scene building to an explosive climax.

There is plenty of sensual heat between Anna and Nick. Hot love scenes the only positive of their volatile relationship. Anna is a great character, intelligent and driven. Like the mythical Phoenix she creates a successful life out of the ashes of her failed marriage. Nick is more in touch with his dark side and believes he is unworthy of true happiness. No wonder these two fight whenever they are in close proximity.

‘Hard to Hold’ is a unique blend of angst and sensual romance interwoven with nail-biting suspense. Graphic visual imagery depicts the often violent action and there is a particularly menacing antagonist. This will appeal to those who like me prefer their romantic suspense dark and twisty.

I received a copy of this book from the author/ Entangled Ignite via NetGalley in exchange for an honest review.

Find out more about Incy Black

It took a swan dive from a roof to convince Incy (aged 5) she wasn’t an avenging fairy and that no, she most certainly couldn’t fly. Bruised but undefeated she retreated deeper into her make-believe world populated with the brave and the poisonous.
When not fighting injustice and righting wrongs on ‘Planet Incy’ she works as a Marketing Director. (Unfortunately, her law degree languishes unused, the distinction between good and evil proving too worrisome in real life.)
Her five children are well versed in what scares her (most things) and delight in pushing her neurotic buttons—at their peril. 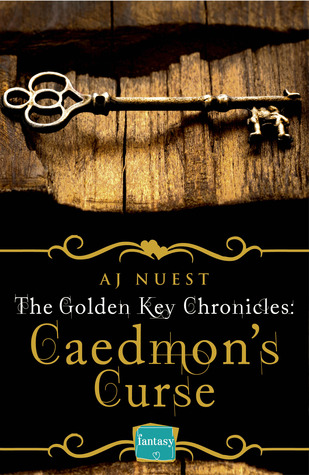 The two years Prince Caedmon suffered in the dungeons of Seviere’s keep left him with more than just lash marks lacing his back. He now retains the secret behind the key, and is the only one who understands its grim connection to his beloved Rowena. Torn between telling her the truth and risking their future, he agrees to join her perilous quest. But their enemies to the north are not the only menace determined to see them fail and, to prove his love, he must conquer the demons of his past.

Join Caedmon and Rowena as they rediscover a love bound by fate, and struggle to unravel the significance behind Caedmon’s Curse, Book III in The Golden Key Chronicles

‘Caedmon’s Curse’ is the third in The Golden Key Chronicles series; this is a fast paced fantasy romance full of sensual tension, larger than life characters and page turning action.

I haven’t read the second in the series ‘Candra’s Freedom’ but this no way spoiled my enjoyment. Caedmon and Rowena’s delightfully witty dialogue effortlessly fills in significant past events as they battle with their enemies and their magnetic attraction.
Caedmon attracts Rowena despite her distrust of his motives and memory loss. Their sexual chemistry coupled with losing him forever forces her to question why she is pushing him away. Rowena is a 21st century woman not in need of an alpha super hero but a partner who respects and supports her. Caedmon’s fulfils this role admirably.

Full of important clues ‘Caedmon’s Curse’ still leaves the reader with more questions than answers and desperate for the next instalment which is previewed at the end of the book.

A must read for lovers of fairytales.

You can read The 1st page of The Dragon Legacy and many other fab books here.

Definitely worth a visit

This is my Friday read.

Look out for my review next week 🙂

The President of Ireland & BooksGoSocial.com.

Happy Release Day to  my friend and fellow author Calida Ally whose debut e-book Chara’s Song is out today. Here what’s behind the fabulous cover:

Journalist, Chara Bennett leads an ordinary life until one night when she agrees to meet with Latin sexy singing sensation, Feliciano Guerrero.
They are papped outside his hotel by photographers who appear to know Chara. Feliciano is convinced that she set him up in order to gain fame and fortune by cashing in on a kiss and tell story.
Three years after Feliciano publicly humiliates her, Chara finds herself being catapulted into his world again against her will. She is forced to stay with him in his villa and despite both of their resolve to stay out of each other’s way, the explosive sexual chemistry which sparks between them keeps drawing them together like a powerful magnet…