Crash and Burn is #2 in the Rule Breaker series. I reviewed #1 Rock Into Me  here. 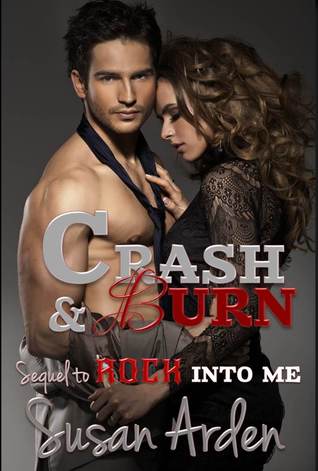 Here’s what you can expect:

He sets her body on fire…leaving her questioning everything she thought she knew.
Alana is fiercely loyal to Orion. But when fame comes knocking on her door alone, her band refuses to stand in her way. As the pressure builds to keep the band together, the only way out may mean cutting free from a man who complicates her life with his ability to melt her body, heart and soul. Jon and Alana are blinded by their hotter-than-hell passions until they’re spiraling out-of-control and there’s nothing left to do but CRASH & BURN.

EROTICA – Scorching from the start. Jon & Alana’s attraction is the makings of a chemical combustion that gets hotter each time they’re together.’

‘Crash & Burn’ delivers and enhances the passion, emotional torment and glitzy, hard-edged rock atmosphere which I so enjoyed in the first book in the series ‘Rock into Me’ a definite must read.

This is a book best suited to mature adults as the sexual scenes are numerous and explicit. That said they demonstrate the growing emotional connection between Alana and Jon far better than hot looks and constant forays into the characters’ psyche would do.

Alana and Orion’s experience of Music city is interesting. Crash & Burn features interesting cameos of other group members and Jon’s staff that enrich the plot.